The source factors of our diseases 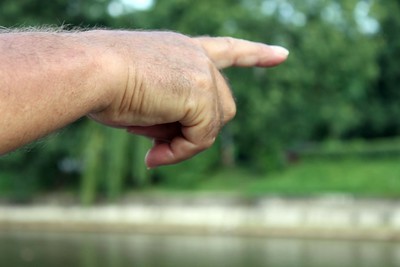 We tend to make responsible of our physical problems to virus, accidents, stress; our emotional disorders to a discussion, a disappointment, a sentimental separation... but the incidence that these events, these triggering factors, have in our health depend on the level of strength of our health in that moment; this is, of the weakening and strengthening factors.


The body is capable of healing and detoxifying itself, provided we don’t exceed its limits. If this were not the case, we wouldn’t survive the vast number of agents attacking our systems daily. When there is an onslaught, usually a chronic one, from which the body is unable to recover, an alarm is raised. The symptoms of an illness show that there may be a danger that exceeds the defence capacity of the organism.

A significant emotional, mental or spiritual strain can remain unnoticed for a long time and thus render a person more vulnerable to other surface-level, secondary factors that exhibit more obvious symptoms. As a result, when these symptoms appear, the person may mistake them for the cause of their disease, while the real, underlying problem remains hidden.

For instance, a person with poor sleep patterns and/or chronic stress could suffer from digestive problems, which may in turn cause another illness – a migraine, for example. This person then focuses all his efforts on following a healthy diet, and he discovers – thanks to a food intolerance test – that he has several food intolerances which cause headaches. By adjusting his diet accordingly, he succeeds in avoiding the migraines. However, this only lasts for a few months… until he develops a new food intolerance, and his headaches reappear. This process will repeat itself until he deals with the root of his problem: the stress and disturbed sleep patterns which are the origin of his increasing food intolerances.

The opposite is possible too, in the case of a person who doesn’t pay much attention to his diet but is very aware of the effects of stress on his health. When his stress increases, he starts suffering from Gastroesophageal Reflux Disease (GERD), stomach ulcers, bloating, etc. He blames his boss and his family for raising his stress levels, but he doesn’t realize that if he had better nutrition, he would be able to withstand these periods of increased stress without suffering from any of these ailments. It is generally thought that one life event provides the trigger for a disease. Upon closer investigation, however, it is usually found that the person already had several pre-existing imbalances in other areas which have weakened the person’s system, providing the basis of a predisposition to a certain disease.

People tend to identify the specific life event as the cause, while the real cause of the illness is the underlying complex of imbalances that were already present, and which gave rise to chronic vulnerability. A disease manifests when there is a predisposition to it, and a subsequent event triggers it. The predisposition has been established due to the weakening factors, and the impulse is given by the triggering factor.

For instance, the consumption of alcohol is a weakening factor for headaches. The triggering factor can be loud noise, or simply waking up in the morning.

In the case of immunological hypersensitivity, the triggering factor is the allergen; in sensorial hypersensitivity, the triggering factor can be noise, the sun, a smell, etc.; in hypersensitivity relating to the nervous system, triggers can be stress, intellectual effort, worries, etc.; in the emotional ones it can be relational conflict – a separation, or a critical comment, for example –  In all of the above, the weakening factors are all the different aspects of a person’s lifestyle, all the emotional and physical traumas, as well as toxins the body has been exposed to, both past and present.

One way to isolate an illness’ trigger is to review the few months prior to the start of the disease to identify an important change in that period. These changes can include an emotional conflict, an accident, an extremely stressful situation, a change in diet, a vaccine, etc.

However, if someone has been suffering from an illness for several years, or since their childhood, it can be difficult to remember what could have triggered it. The illness could also have started very slowly, getting gradually worse over a number of years; it could even have existed from birth.

For example, an allergy to nuts, pollen, or any kind of allergy may be activated or de-activated depending on nutrition and lifestyle choices.

The many vicissitudes of life make it difficult to avoid or prevent the triggering events, as they are beyond our control. The same applies to inherited genetic predispositions. When we suffer from an illness, we usually blame external factors, such as other people, or unfortunate events (a fall, a divorce, an epidemic outbreak, etc.). However, we are the ones who need to assume responsibility for what is happening in our lives. As many great thinkers of our time believe, each person creates their own reality, and attracts positive or negative events with their thoughts. If we work on being internally balanced and physically, mentally, and spiritually strong, not only will the forces of the universe be on our side, but we will feel fortunate, and will have the necessary strength to deal with challenges and unpleasant events as they arise. It is best to work on avoiding the weakening factors, knowing that prevention is better than cure, rather than blaming an unfortunate event for any adversity.
More about: Weakening factors , strengthening factors , triggering factors
Gemma Calzada Roca
<<Previous
All sections | Sections | All articles | All languages |