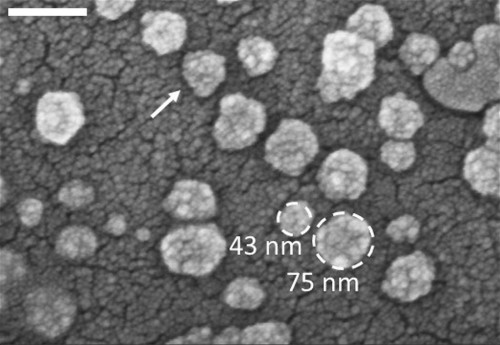 Recent studies are showing that viruses are exosomes, messages between body cells. Exosomes are produced by cells when they are poisoned by some kind of toxicity (chemical, electromagnetic, emotional or any nature). Exosomes don’t come from the outside, but from inside of the body, and they play a very important role in disease healing.
The first suggestion I saw that exosomes are like viruses came from Bruce Lipton (1). Then, when I researched, I found several articles talking about exosomes:
"Exosomes: Generation, structure, transport, biological activity, and diagnostic application"  (2),
"Exosomes - structure, biogenesis and biological role in non-small-cell lung cancer. (3)
"Exosomes: nanoparticles offering a new future to cure disease | Shivani Sharma | TEDxManhattanBeach" (4)

Dr. James Hildreth "now proposes that 'the virus is fully an exosome in every sense of the word.' " (5)

Later on, Doctor Andrew Kaufman published a presentation that shows that Covid-19 virus has exactly the same anatomy as exosomes. (6)

Exosomes are vesicles that contain genetic material inside, produced by cells with the purpose of communication between cells. It is suggested by Dr. Kaufman that when a cell is threatened by a chemical, bacterial toxin, electromagnetic radiation, stress etc., it releases exosomes with two main objectives. Firstly, to warn other cells of this danger; and secondly, to capture these toxics or toxins.

The message can be directed to neighbouring cells or to cells in other, sometimes distant, parts of the body. In order to recognize which cells are the destination, exosomes have a “key” in their membrane, that only can fit specific receptors of certain cells. These keys are proteins that confer the appearance of a “crown” in the case of Coronavirus.

Once an exosome reaches a recipient cell, it goes inside it and this cell takes the message, acts in consequence and replicates the exosomes. The action performed by this cell depends on the message it receives, and could involve the activation of the immune system, for example, in order to clean some kind of intruder, in other words, an inflammatory response. Another example is the activation of wound healing responses. In the previously mentioned articles, it has been shown that exosomes help the immune system, nervous system messaging and wound healing.

According to the conventional theory of viruses, viruses invade cells. From my point of view, this idea is a mis-interpretation. The virus doesn’t attack or invade, it just “opens the door” to enter a cell because it has the key.

In a bacterial infection, exosomes help to destroy the toxins produced by the bacteria.

These are Koch's postulates, the requirements that a microorganism must fulfill in order to be the cause of a disease (7): 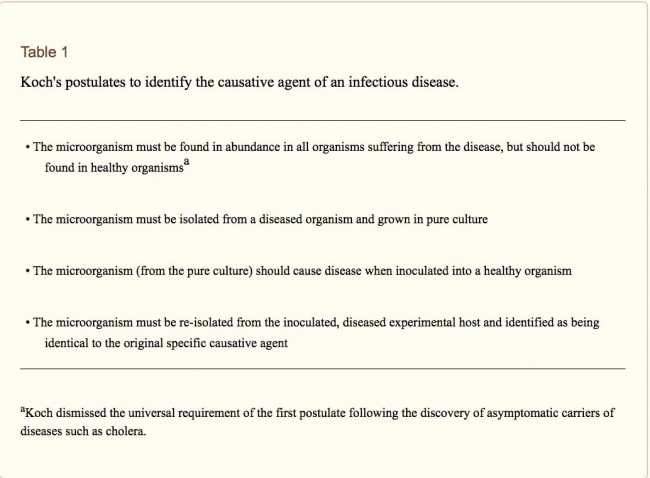 Koch’s postulates for microorganisms were redefined for viruses because viruses don’t fulfil the first requirement of the initial Koch’s postulates. Since then, the criteria for virus causality of a disease have evolved over the years (8)

Dr. Andrew Kaufman states that the main problem is that it is not possible to isolate a virus and the cultivation is not made in hosts cells. (12)

It has been claimed that Rivers' criteria has been shown to be fulfilled for SARS-CoV-1 (the virus related to SARS epidemic on 2002-2003) (10). Dr. Andrew Kaufman (12) gives a closer look on this paper, and argues that this is not correct.

Concerning Covid-19 virus (SARS-CoV-2), there are not studies up to date that met the first three criteria and any studies address the rest of the criteria. (12)

My question is: can we be sure that following these postulates is a guarantee of cause-effect relationship between a certain virus and a certain disease?

I’m fairly certain that, if tested, exosomes could follow these criteria.

If a person is inoculated (injected) with exosomes, the body will react as if these exosomes have been produced by the self body: they will be replicated in the recipient cells and they will start to execute the message, such as activate the immune system (inflammation). These actions are what is commonly identified as a “disease”. So of course, exosomes would be responsible for the “disease” in the same way that viruses are.

However, this doesn’t proof that viruses, or exosomes, are contagious. In Koch’s postulates the inoculation or transmission from person to person is via manual intervention, by retrieving a sample in the source person and injecting or introducing the virus to the recipient person. The contagion theory has never been shown.

In Natural Hygiene we believe that people doesn’t catch viruses from other people, because we are protected by our skin, mucosa and immune system. Every person carries trillion of viruses inside. (11). There are always billions of symtomatic and asymptomatic persons in the world of flu, cold, SARS and all kind of viruses. If they were contagious, we would be continually experiencing pandemics. The only way to get a virus from another person, or other living being, is by injection.

The viruses / exosomes that are found in a person should come only from the same person, produced by their own cells. This is one of the reasons why vaccines are so dangerous, because we are directly injecting a message into a person, even if it has been "attenuated",  when there is no need. We are telling our body to combat a bacteria that doesn’t exist, or to have an immune response to something that doesn’t exist, or to heal a part of the body that has not been hurt. This is, I think, one of the reasons why allergies, hypersensitivities and auto-immune diseases rise; we are making the body to go crazy with misleading messages.